Unable to Login? We are here - contact@thedancesofjoy.com
Cart ( Items )
There are no items in your cart
Add More

The Dances of Joy founder and instructor Her Balkan cultural heritage being the starting point, she conducted years of researches in the field, immersing herself in traditional, spiritual, and healing music and dance celebrations, ceremonies, and rituals in the Eastern world and across the globe. And she has been sharing her discoveries, knowledge, and experience as a first source artist in performances, seminars, workshops, and conferences all over the world for the past 20 years.

Among many other encounters around the world, she danced with the nomadic communities in India, visited tribes in the Sahara desert, stayed in the Gypsy families in Transylvania, Turkey, and the Balkans, took part in the authentic healing Sufi trance ceremonies in the Maghreb, attended fire-walking rites in the Indian Ocean islands, participated in traditional music and dance celebrations in small villages in the mountains in Greece and Armenia, explored rich and meaningful rituals in long Romani weddings in Serbia and Macedonia and much more.

She is the first dancer in the history of the European council in Strasbourg, France to be invited to perform in the hemicycle. Her dances were recorded for the official archives of National Center for the Arts in New Delhi, India. 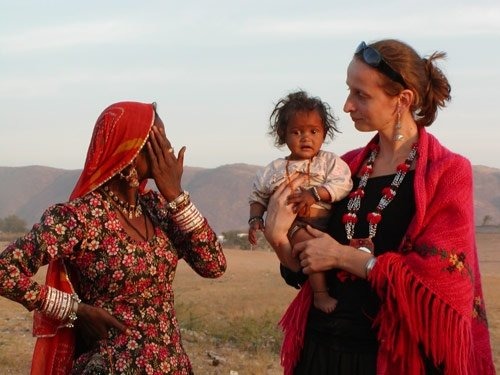